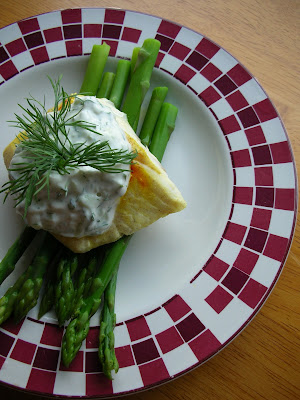 This delicious, yet simple recipe came about when I was talking with Chef Adalberto. He made it during another class he teaches and suggested it to me, he also gave me the saffron for it. I talk a lot about him but never reference him, mostly by accident. He's a very talented pastry chef {The Illegal Bakery} who, luckily, taught us for our first semester baking and pastry class! He's actually leaving to take on the Head Baker position {among other things} over all the Harmons in Utah, he'll bring a lot of greatness to the table.

In relative "fish" news, I got to fillet a whole salmon in class today. It was awesome, I just hope we get to do that more! 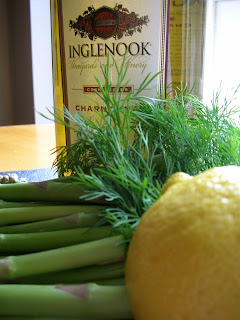 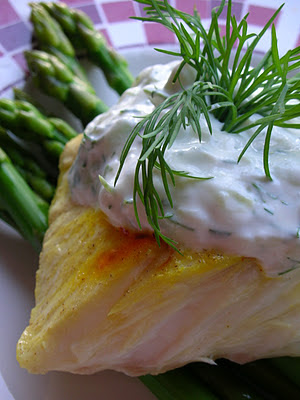 I served this over steamed asparagus.