So this recipe came from the Cooking Around the World for Dummies book I'll be likely using for my restaurant class in a few weeks. I first had it when I went to the summer semesters french week lunch. I'm sure they used a freshly made beef or veal stock which made it even better! I decided to do half sherry and half white wine as well, the original recipe called for 2/3 cup of sherry or vermouth. I really should go and buy some vermouth, I remember loving the smell of it when my mom would cook with it. It kind of reminds me of home. You can also use a variety of cheeses: emmenthaler, gruyere, provolone... etc. 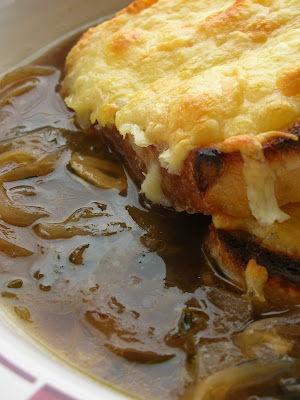 French Onion Soup
Recipe adapted from Cooking Around the World 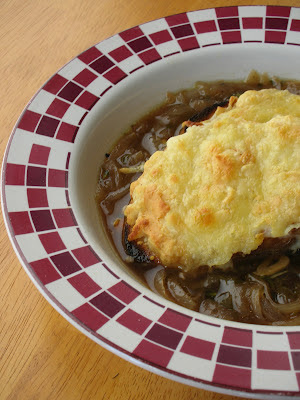